We saw this event being set up when we visited Katara last week and thought it might be something interesting for Little T and I to do, and it was. Though we weren’t in the market for a falcon or any hunting gear there was plenty to look at and he found it really interesting. Upon arriving I was a bit worried it was not the place for us as it was just swarming with men. But, I bumped into several other mums with young children and I learned that there is an active home ed community here which I can look into being a part of.

At the exhibit there were of course plenty of falcons to see and also the Houbara (birds) which they hunt in the desert. We spent the most time watching a craftsman making leather falcon hoods. Little T was drawn in by the tools scattered on the floor but then it really held his interest. We sat for nearly 45 minutes and by the end he had a new friend. 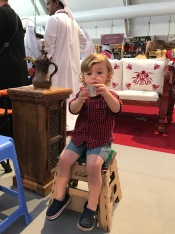 Having a closer look at the Falcon hood 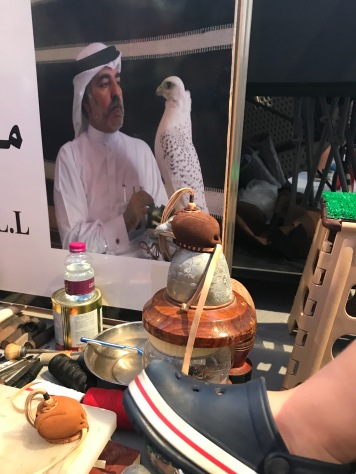 A falcon hood on display 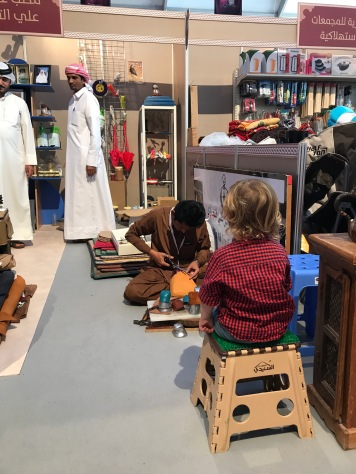 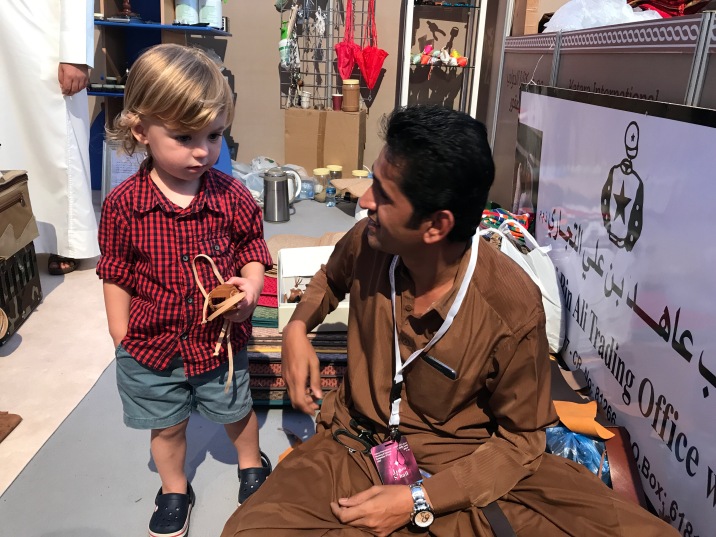 It was super busy there but so interesting and a good bit of local culture. The exhibition runs until September 24th from 10-4 each day. It is free to enter. More details here.

Looking at some birds

Little T was invited in to sit and try some dates 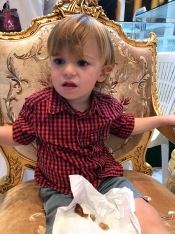 He wasn’t quite sure of the dates, or the smell of the falcons!